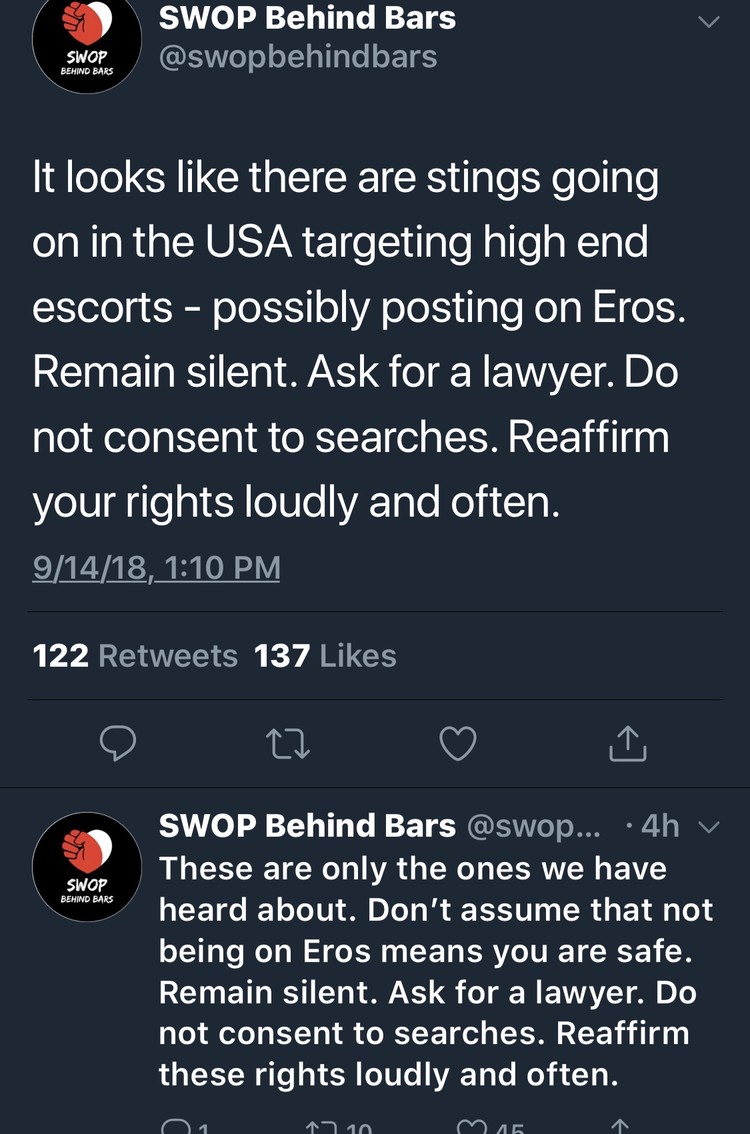 by Jocelyn
I believe I heard adultsearch was another board they were using for stings this week also.

by nukklehead220
Anyone with any further intel on this?

You get pulled over for speeding you can assert those same "rights."

by GabbyLaBelle
ugh, I don't doubt it. The rumor has been for along time that they have been working hand in hand with the feds. I know so many of us down south that desperately want to get off of using it but where we get like 90% of our traffic from so we're stuck with em because they are a monopoly..

I've advertised on several sites that require the original photos without blurring as one of their ways of verifying me. It sounds more like a way of protecting themselves than messing with the companions.

by HowardTheDuck
Eros has become increasingly squirrely since FOSTA-SESTA kicked off international trafficking hysteria for fun and profit across the board.

No one is anonymous if they really want to find you. Being smart and not being a menace to society OR an easy target are pretty much all the safeguards we have until people get over this puritanical kick they are on.

by Publisher
We have stringent standards on what is said, and require civility in participation here.

Which is probably why we are smaller than they are. We are definitely less expensive to become a member than any of them. But we don't permit that sort of behavior here, and won't as long as I operate it, or any of the current batch of moderators are involved.
All times are UTC-06:00
Page 1 of 1
Powered by phpBB® Forum Software © phpBB Limited
https://www.phpbb.com/